Since the outbreak of the new crown epidemic, everyone has paid more and more attention to disinfection. We not only have viruses in our lives, but there are also many harmful bacteria that are invisible to the naked eye. The amount of bacteria carried by the mobile phone is 18 times that of the flushing handle of the men's toilet. Today, when focusing on personal life, both toothbrush disinfection and cell phone disinfection are very necessary. After disinfection, it is more at ease to use. , Peace of mind. 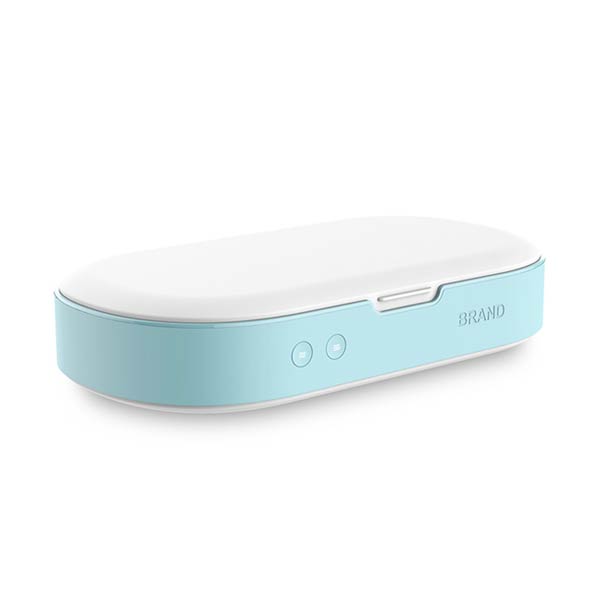 What is ultraviolet(UV) sanitizer box?

The ultraviolet (UV) sanitizer box makes full use of special bulbs which can emit a amount of ultraviolet light to eliminate and kill as much as 99.9% of bacteria and germs on smooth surfaces in just five minutes. Using UV light is considered to be an useful and effective way to damage and destroy the molecular structure of DNA and RNA of viruses. The UV box for disinfection aims at killing up to maximum of germs and bacteria with advanced UV light technology.

How Does A Cell Phone Sanitizer Work？

The cell phone disinfection box is equipped with ultraviolet light, which mainly acts on nucleic acid and causes protein to be affected and deactivated, so whether it is skin, bacteria, virus or fungus, most of them have the effect.

Ultraviolet radiation acts on the genetic material of biological cells, that is, DNA, which is destroyed early and leads to the death of bacteria.In addition, certain bands of ultraviolet light can interact with ozone in the air to produce a strong oxidizing effect of ozone, thus killing bacteria.

What Kind Of Ultraviolet Light Can Be Used To Kill Bacteria

Studies have shown that UVC band (200-280nm) is the most bactericidal part of ultraviolet radiation, and the bactericidal effects of different wavelengths at different stages are different for different microorganisms.UV has a good sterilization effect on dysentery, cholera, enteritis and other major infectious diseases. According to the disinfection and sterilization standard, each kind of microorganism has its specific UVC killing dose (irradiation intensity, time) standard.

4, safe and reliable operation: the traditional disinfection technology such as the use of chloride or ozone, its disinfectant itself is a highly toxic, flammable substances, and ultraviolet disinfection system does not exist such a safety risk.